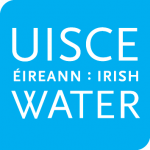 The failure of Irish Water to meet with Donegal County Council has been highlighted by members, with Sinn Fein claiming that during the budget meeting, one of the mantras from management was if you pass the budget, you'll meet with Irish Water by March.

Now, the party says, we're into April, and a meeting is still no closer.

The issue was raised during an emergency motion seeking discussions with Irish Water about the schemes in Glenties and Dungloe which are ready to start.

Earlier, Cllr Seamus O'Domhnaill called for a meeting with Irish Water to discuss coupling planned schemes in Falcarragh and Gortahork together to adddress problems identified in the area by the EPA.