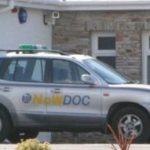 The NowDoc service is to be scaled back, with doctors no longer travelling outside of their bases to respond to emergency calls from the public.

Highland Radio News has learned that new operating procedures have been implemented which mean that from now on, in the case of an emergency call, it will be referred to the National Ambulance Service which will dispatch an ambulance to the scene, and the ambulance crew will then decide whether or not a doctor should attend.

The document is reproduced at the end of this story.

Donegal South West Deputy Pearse Doherty fears lives will be lost as a result. He says it's an appalling decision which must be resisted......