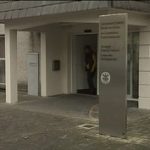 Donegal County Council is discussing the make up of the new Donegal Local and Community Development Committee, which will replace the current County Development Board. Once set up, the new committee will establish a community plan, and oversee the new Social Inclusion Activation Programme which comes in to effect next year.

During a lengthy discussion today on the level of representation on the new committee, a number of members raised questions about the role of community groups, and in particular, the Leader companies such as DLDC.

In a presentation to the meeting, Director of Services Michael Heaney said the new committee will have 15 members, including the County Manager and three elected members, three from the state agencies, two from the local development structure, three represernting community, social inclusion and environment and three representing the social partners.

However, some members have been qurestioning the make up, with Cllr Frank Mc Brearty saying he's met with Donegal Local Development Company and other community groups which have grave concerns about the new structure, and he wants more discussion on  how the committee will operate.

Cllr Ciaran Brogan suggested that the issue be parked until the new 37 member council is established after May's local elections, but a number of other members said that is not realistic.

It was suggested a special meeting be held to which leader groups, community organisations and others be invited, but the manager said with over 30 such groups potentially being invited, the council needs to consider the issue carefully.

Party whips and others will meet with the executive this afternoon, with the issue to be discussed again at the end of the meeting.