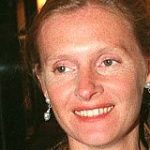 Sinn Féin's Justice Spokesperson Pádraig MacLochlainn has called on the Minister for Justice, Alan Shatter to make a statement, clarifying his role in the Ian Bailey case over the last few years.

It follows reports over the weekend that Gardai recorded phone conversations with 2 main witnesses during the investigation into the murder of Sophie Toscan Du Plantier near her west Cork holiday home in December 1996.

Following the Supreme Court decision in March 2012 not to extradite Ian Bailey to France, the Minister for Justice confirmed that he was consulting with the Attorney General with regard to the documentation that had been handed over to Mr Bailey's legal team in November 2011.

It included a 44 page DPP report that found no grounds for the prosecution of Mr Bailey for the murder of Sophie Toscan du Plantier in 1996.

Pádraig MacLochlainn said the Minister needs to now clarify what was the outcome of that consultation: 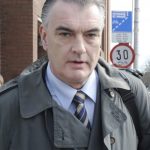