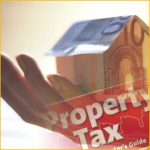 Revenue officials are lining-up a string of penalties for homeowners who fail to meet tonight's property tax deadline.

6 million euro has been collected over the past 48 hours - bringing the total compliance rate to 88 per cent.

Those who haven't paid are being warned that they could be brought before the courts.

A last-minute scramble to pay the property tax is expected today ahead of midnight's deadline.

Interest will kick-in immediately once the deadline passes - as the Revenue puts its compliance programme in action.

Officials say tougher penalties await those who continue to ignore the ultimatum - including deduction from wages, referral of the debt to a Sheriff or Solicitor - and the prospect of being brought before the courts.

Those who deliberately undervalue their home will also be under scrutiny - 2-thousand have already owned up to under-declaring since November.

And there's also expected to be a surge in the number paying arrears on their 2012 household charge - with 2-thousand payments made in the last couple of days.