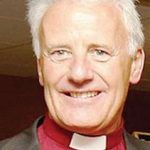 A priest from Donegal who was acquitted in 2012 of sexual assault charges has resigned from ministry in the Diocese of Derry.

Fr Eugene Boland, a parish priest in Cappagh, County Tyrone, stepped aside four years ago while allegations were investigated.

He had resumed his duties just two weeks ago, after it was confirmed legal proceedings and church processes had been completed.

Fr Eugene Bolands resignation was announced in a statement issued by the Diocese.

The statement said Fr Boland had offered his resignation and that a new parish priest would be appointed in "due course".

Fr Boland, of Killyclogher Road in Omagh, was acquitted of indecently assaulting a teenage girl in June 2012 following an eight-day trial at Derry Crown Court.

The statement said the Donegal-born priest had been engaged in therapy sessions to prepare for his return to ministry after being cleared of the allegations of abuse.

In March, Fr Boland returned to ministry to resume his duties, but the statement said that on his return it had "all too quickly become clear to Fr Boland and diocesan authorities that he is not ready".

The statement said the news of Fr Boland's resignation was understandably "very confusing for many people".

However, it added that: "It is hoped that in dealing with this carefully and promptly, the needs of both the Parish of Cappagh and Fr Boland will be addressed appropriately.