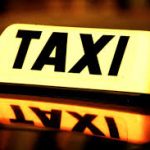 A Derry City Cllr has claimed that children as young as 8-years-old have been involved in a number of stone throwing incidents in the city.

In the past week in Derry there has been a number of stone throwing incidents, with a number of taxi drivers reporting their vehicles being struck.

The incidents have took place in a number of areas from New Buildings to Galliagh.

Cllr Barney O Hagan, said it's only a matter of time before someone is seriously injured: