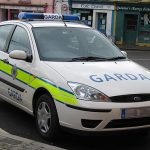 Gardai are currently investigating an incident at Burnfoot where the body of a man has been discovered.

The man, believed to be aged in his forties and from the local area, hadn’t been seen in recent days.

The body was found at Carnashannagh, Burnfoot, and it has been removed to Letterkenny General Hospital were the State pathologist is due to carry out a post mortem.

Gardai are not ruling out foul play at this stage.