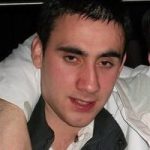 A Lifford man is still in a critical condition in hospital this today after he was in a car accident in Letterkenny in the early hours of yesterday morning.

The 23 year old was driving a car which collided with a wall between the Polestar and Dry Arch roundabouts.

No-one else was in the car at the time and the driver’s currently being treated in Letterkenny General Hospital.

23 year-old, Darry McDaid, was returning home to Lifford from Letterkenny, when the silver BMW he was driving collided with a wall between the Polestar and Dry Arch roundabouts, just outside Letterkenny.

Darry who is originally from Rossgier, Lifford had been working in England for the past number of years.

He had returned home for a week's holiday to visit family and friends and celebrate St Patricks Day here in Ireland.

He was due to return to Doncaster, were he worked in a factory, on Monday.

Hundreds of messages of support have been posted on his facebook page, with people writing the hasttag #prayforDarry.