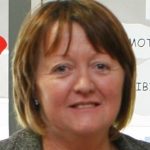 The Transport Minister says he doesn't share or agree with the criticisms of the Garda whistleblowers.

He is also calling on the Garda Commissioner to withdraw his "disgusting" remark made in relation to the whistleblowers.

Minister Varadkar says he has full confidence in Martin Callinan - but he says he is not above criticism.

Minister Varadkar was speaking at a Road Safety Authority conference which was also addressed by the Donegal based founder of the Road Safety organisation PARC.

She spoke about the practice of allowing drivers avoid penalty points by making donations to the court poor box, which she says is a loophole which should be closed following the introduction of legislation by Minster Varadkar.