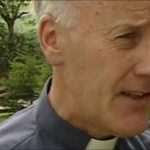 Moville born priest Father Eugene Boland is to resume his ministry in the Diocese of Derry, almost two years after being cleared on indecent assault charges at Derry Crown Court.

Fr Boland, the Parish Priest in Killyclogher, stepped aside in August 2010 on foot of allegations made against him. He was cleared in the civil court in June 2012, and now the church's own canonical process has been completed.

Father Boland will officiate at the vigil mass in Cappagh Church on Saturday evening, and will then fully resume his duties.