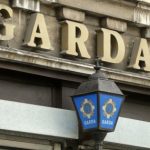 None of the Garda stations which closed in Donegal more than a year ago have been sold off yet.

Culdaff and Brockagh Garda stations closed at the beginning of 2012 and were officially listed as for sale afterwards.

But none of them, or any other Garda station in the country which shut and was put up for sale have been bought yet.

At the time of the closures, the Justice Minister Alan Shatter said it was a cost-cutting measure.