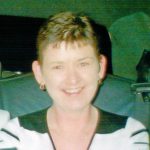 The family of a 51 year old woman whose body was found at Creevy, near Ballyshannon at the weekend has paid tribute to the Bundoran RNLI and the people of the town.

Siobhan McGread had been missing for 17 days since she was last seen at the cliff-top Roguey Walk in Bundoran last month.

A number of air-sea searches were held in the past two weeks in an attempt to find Ms McGread who was officially listed as a missing person.

Ms McGread, who lived in Bundoran, has family in Omagh, Co. Tyrone.