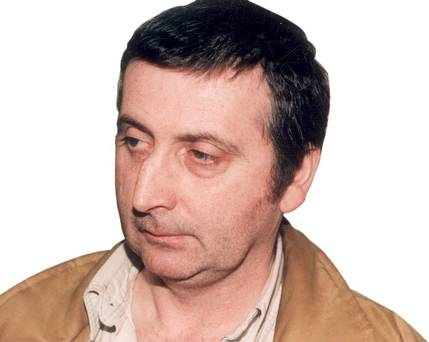 McKenna was working as a labourer on a building site in Kilcurry near Dundalk, Co Louth, when he was injured in the accident last week.

The 58-year-old was taken to Beaumont Hospital in Dublin where he died on Sunday.

McKenna, who was well known to the security services along the border, was named as one of five men involved in the Omagh bomb in the civil case brought by relatives of those killed in the 1998 atrocity.

They claimed the republican was linked to mobile phones used in the attack in which 29 civilians including a woman pregnant with twins were killed.

The case against him was dismissed because it was based on evidence from his estranged wife who was deemed an unreliable witness.

During the civil action, the proceedings heard how McKenna had been seen “drowning his sorrows” in a pub after the devastating blast.

McKenna, who comes from a well-known republican family in Silverbridge, Co Armagh, was a member of the Continuity IRA at the time of the Omagh bomb. He remained active in the paramilitary group after the atrocity.

In 2003, McKenna was found by gardai making a 1,200lb bomb at a remote farm in Co Louth. He was sentenced to six years in Portlaoise prison.