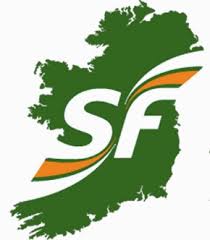 A SF Cllr in Strabane has denied allegations that they assaulted a member of the SDLP party.

On Sunday the PSNI confirmed they were investigating an incident after they received a report of an assault in the early hours of Saturday morning.

The Sinn Fein Cllr, who cannot be named for legal reasons, said that they totally deny the allegations that have been reported to the PSNI by the SDLP.

The Cllr also said that they are seeking legal advice in relation to what they called "highly prejudicial" comments made by SDLP members on social media websites and to the local media.

Sinn Fein says the allegations made have been presented as fact by the SDLP, which has attempted to subvert the Cllrs right to due legal process.

And the statement concludes that the comments made by some SDLP members are unsubstaniated, and, as of yet un-investigated.

Earlier this week the SDLP claimed that a representative in Strabane had been assaulted by a Sinn Fein Cllr over the weekend.