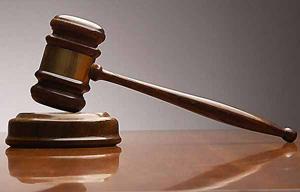 An Orange Order leader’s brother has been accused of links to cultivation of €220,000 worth of illegal cannabis plants.

45 year old Ivan Mahon, a farmer, yesterday appeared at Ballyshannon District Court, accused of allowing premises to be used for cultivation of a controlled drug.

The court heard that Ivan Mahon and Chinese national 70-year-old Peter Lam, 70 – who lives in Belleek, Co. Fermanagh - had been returned for trial at an earlier hearing to Donegal Circuit Court in December charged
with possession of drugs for sale or supply and cultivation of cannabis at Garvannagh, Ballintra, last January 24.

Inspector Colm Nevin told the court that an additional charge against Ivan Mahon was not included in the book of evidence at the earlier hearing two weeks ago.

Judge Kevin Kilrane adjourned the case to July 19 for the extra charge to be added to the book of evidence.

He remanded Ivan Mahon, of Cavangarden, Ballyshannon, on continuing bail.

Gardai gave evidence at an earlier hearing that they discovered €220,000 of cannabis plants in the early stages of cultivation.