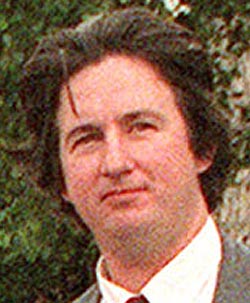 A 22 year old Dublin man has been jailed for 3 and a half years for the manslaughter of journalist Eugene Moloney.

At closing time Eugene Moloney left Hogan s bar following a friend s stag night out in the city centre but he never made it home.

Walking home, he was punched once in the neck by Gary Burch while engaged in a verbal row with another young man on Camden Street .

CCTV footage shows that as he hit the ground the drunken 22 year old trainee mechanic lifted his hands in a celebratory fashion.

Judge Mary Ellen Ring endorsed the view expressed by Eugene Moloney s brother Sean in a victim impact statement that society has a duty to address the violence and aggression seen on public streets.

She s accepted that Gary Burch has shown genuine remorse for his actions and has imposed a 5 and a half years sentence with 2 years suspended.