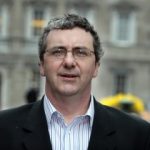 A former secretary for Donegal South West Deputy Thomas Pringle has told how she was fired from her job two days after receiving a card from him wishing her 'a lovely Christmas'.

Although present at yesterday's Employment Appeal's Tribunal hearing, Mr Pringle has not yet had an opportunity to submit his response.

She said she got on very well with Mr Pringle, but his office was in a very bad state with sockets and wires all over the floor.

In July 2012 she tripped over these wires and was brought to hospital by Mr Pringle.

She returned to work the following October but was still in pain and on December 14 she had to take sick leave.

She said Mr Pringle was very, very busy at the time. She told him she had a note for sick leave, and he replied that he would have to "look at his options".

The inquiry adjourned until December when it will give a ruling on whether the Houses of the Oireachtas are liable. It will also hear from Mr Pringle.