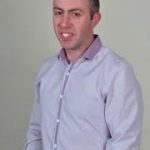 The security alert in the Springhill Park area of Strabane has now ended.

Springhill Park has re-opened to traffic and residents have been allowed to return to their homes.

It has been confirmed that a  suspicious object discovered in the area was a viable pipe bomb.

The alert let as many as 30 people being evacuated from their homes, many of them elderly.