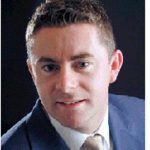 It's been claimed that local communities in Donegal could lose out on vital funding from Europe for community projects as a result of significant under-spend in the LEADER programme.

Environment Minister Phil Hogan admitted that millions in funding provided by Europe for the LEADER programme could go to waste as it won’t be drawn down in time.

Donegal Senator Brian Ó Domhnaill said he now intends to raise the matter in the Seanad.

He says the minister has prevented leader companies from approving new projects, and many will not be ready in time for the EU deadline of the end of the year.

Senator O'Domhnaill says Minister Hogan has made a mess of the system, and it's local communities who will suffer.........