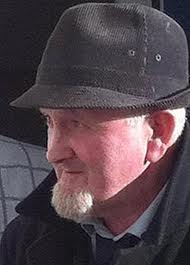 Crimestoppers has launched an appeal for information about the murder of Seamus Doherty in Letterkenny almost a year ago.

The day before he died he presented to the A&E department of Letterkenny General Hospital.

He spent a number of hours there before getting a taxi from outside a pub on the Main Street to his house.

He arrived back just before half past nine and at 1.41am a 999 call was made to say his body had been found in the bathroom of his home.

Crimestoppers and the gardaí are appealing to anyone with information to come forward.