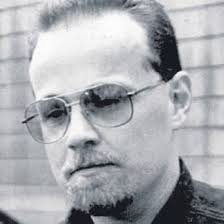 Double killer John Gallagher has been ordered to stay away from his brother after a District Judge threw an application to vary his bail.

47-year-old Gallagher of Grange Wood, Strabane, had applied to have a bail condition that bars him from having any contact with his brother, Donal Gallagher, lifted.

The rationale behind the application was that the condition left John Gallagher open to false allegations by his estranged spouse, allegations that could lead to him being arrested for breaching his bail.

John Gallagher appeared in court last month to answer charges of harrassing his brother and threatening to kill him. The charges arose following an incident in Strabane on May 13.

It was alleged that on two consecutive days, Gallagher pulled up outside his brother's place of work and made the shape of a gun with his hand. He then pulled the trigger.

The officer investigating the case, PSNI Constable Charlotte Church, told the court that in the wake of a period of contention with his brother, Donal Gallagher was "extremely afraid" and "fears his life is in danger".

Mr Roche said that gardai in Lifford were carrying out investigations that appeared to support his client’s case rather than that of his brother. Mr Roche said that if necessary John Gallagher would elect for trial in the case.

Despite the representations, District Judge Liam McNally ruled that there would be no variation of bail. Mr McNally said that John Gallagher was well enough protected by policing procedures already in place.

The case was adjourned until July 11.