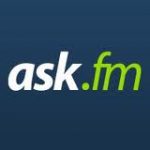 Facebook has agreed to work directly with Irish schools to tackle cyber-bullying.

The agreement was brokered at a meeting between the social network and the Department of Education yesterday after a recent meeting due to be attended by a school principals’ body was cancelled.

Facebook has been under growing pressure after a number of incidents involving both students and teachers online, including the tragic death of a 13 year old girl in Donegal.

While the principals’ body was not represented at Thursday’s meeting, the department told the Irish Times that officials had a positive and constructive meeting with Facebook representatives, and agreement was reached on a way forward.

According to the department, Facebook, the Department and a number of second-level school management and leadership bodies will work together to tackle bullying in Irish schools, and to provide an effective channel for school leaders to escalate concerns when required.

Facebook has been criticised for hosting apps for other popular networking sites, such as ask fm, which operate less rigorous safety controls and do not monitor harmful content.