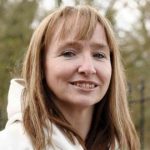 Sinn Fein have said no action will be taken against Strabane District Cllr Karina Carlin.

The SDLP in Strabane yesterday called for Cllr Carlins resignation over comments she made on a social networking site.

Cllr Carlin used bad language on her facebook page to describe the SDLP, while she also called a SDLP member a 'cretinous coward'.

But West Tyrone Sinn Fein MP, Pat Doherty said while the language used was regrettable, no action would be taken against Cllr Carlin..........