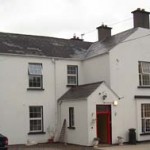 Colaiste Ailigh in Letterkenny has ranked second in the Ulster counties in The Sunday Times Parent Power 2013 guide to the top 400 Irish secondary schools in the republic.

The school finished 43rd in the country overall.

The survey ranked all 723 secondary schools in the republic on progression to universities in Ireland, Northern Ireland and Britain, using an average of the past three Leaving Certificate classes.

Coláiste Ailigh was opened in September 2000 in rented accommodation in Sprackburn House in Letterkenny, becoming the VEC’s third All-Irish School.

Pupils from areas as far away as Fanad, Carrigart, Termon and Buncrana are now enroled in the School as well as from Letterkenny.