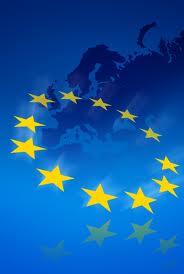 Funding of €995,000 has been granted to both Strabane District Council and Donegal County Council for improvement works in both Strabane and Lifford.

The environmental improvements works are hoped to enhance the connectivity and attractiveness in both towns.

The funding  has been granted by the Eurpoean Union's Interreg IVA Programme, through the North West Region Cross Border Group.

The main improvement works to take place in Strabane include a new Puffin Crossing  near the fire station, new footpaths at 3 locations, under-grounding of BT overhead lines, up-grading of street lighting, and a new sculpture work at the Strabane Library.

Works on these improvements have already begun and will take roughly 10 weeks to complete.

In Lifford work on Bridge Street, Butcher Street and Main Street include up-grading of footpaths and 2 car parks, along with upgrades to road signage and markings. These improvements have been taking place over the past 8 weeks.

Delays and disruptions are to be expected throughout this period.

Both councils are holding a briefing session for any residents or businesses who may be affected by the works. This will take place in Strabane Library at 6.30pm on Tuesday the 4th of June.