LIFFORD killer John Gallagher will have to wait until next Thursday to hear if a bail variation on his behalf has been granted..

The charges arose out of an altercation between the pair on May 13.

Through his solicitor, Oliver Roche, Gallagher applied to have a bail condition stipulating that he have no contact with his brother lifted.

Mr Roche told the court that as long as the condition remained, there was a fear his client would be falsely accused of breaching his bail.

Because the chief investigating officer in the case failed to turn up, the case was adjourned for seven days.

District Judge Liam McNally said that without more background to the case, he would not be in a position to rule on the variation.

Gallagher left the court building with a coat pulled up around his face in an effort to dodge waiting photographers. 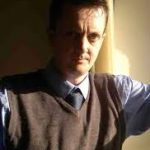 A man accompanying the 47-year-old did however confront the press before slapping one of their cameras with a newspaper.

The incident has been reported to the PSNI.