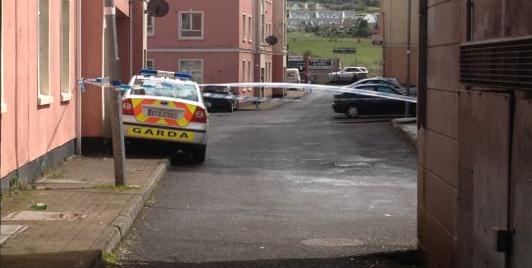 Investigations are continuing  in Letterkenny into the death of a man which gardai are treating as suspicous.

The body of the foreign national man, who is in his early 40s, was discovered by his brother in an apartment at the lower main street area of the town at 11 o'clock on Wednesday morning.

Initial indications are that he suffered injuries consistent with an assault but gardai are awaiting the results of a post mortem to determine the exact cause of death.

Letterkenny Mayor Dessie Larkin says the man's death has shocked the community and is calling on anyone who can help gardai with their investigation to come forward:

It's emerged that the dead man was one of a number of Polish nationals who hit national headlines in 2005 when they were left without money in Letterkenny after the sub-contractor they were working with went out of business and they were not paid.

At the time, their experience led to a national campaign for better protection for foreign workers in Ireland.

Karen Mc Glinchey ran the Letterkenny hostel the men were staying in at the time, and this morning, she outlined  what happened on the Shaun Doherty Show................

September 27, 2021
Around 370,000 households are set to begin receiving this year's fuel allowance payments from this week. 18,497 households in Donegal are due to receive the...