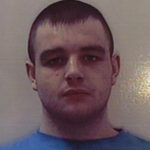 One of Northern Ireland's most wanted criminals, who had reportedly been living in a caravan in West Donegal,  has appeared in the High Court following his arrest on an extradition warrant.

The PSNI describe Casey Morgan as 'a high-risk violent offender'.

When the 18 year old went missing in breach of his license conditions last March, the public was warned not to approach him.

His convictions include an attempted robbery of a chemist in Downpatrick in which he covered his face with a scarf and held a knife up to the throat of a female member of staff..

The teenager was arrested and brought before the High Court in Dublin today on foot of a European Arrest Warrant from Northern Ireland.

He has been remanded to St Patrick's Institution overnight ahead of a bail application tomorrow.