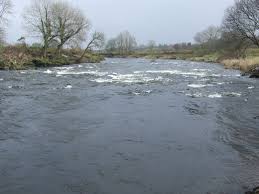 The body of a woman has been recovered from a river outside Castlederg.

The alarm was raised after the woman was seen entering the Derg River close to Castlederg.

Fire and Rescue teams along with Foyle Search and Rescue and the PSNI helicopter were quickly on the scene.

The woman was later recovered in the Spamount area at around 7.30pm. Attempts were made to resuscitate the woman, however she was taken to Altnagelvin Hospital where she was pronounced dead.

46 people waiting on a bed at LUH