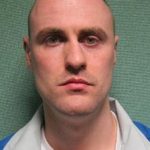 A registered sex offender, who had been living in Donegal, has handed himself into the police.

29 year-old Joseph McCabe was reported missing from an address in Belfast last month and had broken rules attached to his release from prison.

He had been staying in Burtonport and more latterly at an address in Dungloe.

The PSNI said Mr McCabe handed himself in at a police station on Tuesday morning. He was arrested and is helping police with their inquiries.

A second criminal 18 year-old  Casey Morgan, who had been living with McCabe in Donegal is understood to now outside the county.