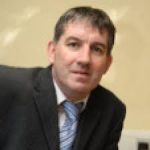 It follows a speech at the Irish Prison Officers Association conference this week, during which the minister said that last year, 88% of those who were jailed were sentenced to one year or less, and asked if Community Service could be used to a greater extent.

He stressed he was not criticising judges, but that's been rejected by Donegal Councillor Paul Canning.

He fears the minister's comments will play into the hands of criminals............

September 24, 2021
The UK Government has approved sending 100 military doctors to Northern Ireland to support under-pressure hospitals dealing with Covid-19. The medics are expected to be...