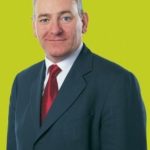 marks the 20th anniversary of the arrival of Seagate in Derry, with a number of senior executive from the company in the city for a series of celebrations.

A number of business meetings are also taking place, with Seagate involved in supporting a number of initiatives in Derry at present, including Culturetech and the new Science Park in collaboration with Letterkenny IT.

Foyle MP Mark Durkan says the company has made a huge contribution to the city since his predecessor John Hume first met the copmpany over 20 years ago.............

September 27, 2021
Gardai have confirmed that they continue to investigate a number of recent incidents at Letterkenny University Hospital with a senior investigating officer appointment to...