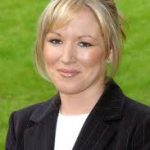 The agriculture minister in Northern Ireland has said the relocation of her department's headquarters will go ahead.

In 2012, the Department of Agriculture announced it would move to Ballykelly.

But it was revealed this week that a survey of DARD staff found 86% did not agree with the move. The 800 staff affected are based at Dundonald House in east Belfast.

The Minister, Michelle O'Neill said she remained committed to the move to the former Shackleton army barracks.

East Derry MLA John Dallat has welcomed the renewed commitment, and he said it's vital to the area....