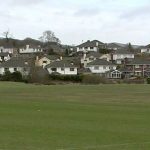 Land at a sports centre in Derry could be used for camping space to cope with an influx of visitors expected in the city for the All Ireland Fleadh.

Organisers of the Fleadh expect 400,000 visitors to converge on the city from August 12-18.

The organisers of the all-Ireland fleadh have applied for permission to open temporary campsites in Derry.

The world's largest Irish traditional music event will take place in the city in August but there are concerns that there is not enough accommodation in the city.

It is the first time it has been staged in Northern Ireland.

The fleadh committee has asked to open sites on lands owned by Derry City Council.

They are at Templemore Sports Complex on the Buncrana Road and Prehen playing fields in the Waterside.