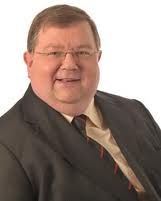 There is concern that a deliberately provocative series of events is being planned in the Fountain Estate area of Derry to coincide with today's funeral of Margaret Thatcher.

There have been sectarian attacks attributed to nationalist youths on the estate every night since Margaret Thatcher died.

There are some 60,000 people who live on the west bank of Derry and just about 400 of them are unionists who live in the Fountain

UUP MLA, Ross Hussey says the attacks are pure sectarianism, and he says the PSNI should police the area 24/7 until the attacks stop.....