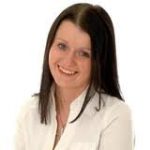 Donegal County Council has again been urged to include a clause which would see all future public contracts awarded to include 10% of local goods and services.

She points to a clause in the contract to install water metres which states that 25% of work on the project locally should go to local companies and the unemployed.

Cllr Gallagher says if the Environment Minister can do that, then Donegal County Council should: