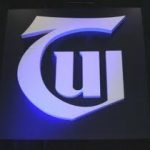 The move was agreed today if the Government decides to impose the Croke Park II proposals.

It would see members withdraw from cooperation already conceded under the first Croke Park agreement with immediate effect if the latest proposals are imposed.

Joanne Irwin is the Branch Chairperson of the Co. Donegal Teachers Union of Ireland - she says it is not a decision the union takes lightly:

September 24, 2021
Donegal man Georgie Kelly is the SSE Airtricity League's top goal scorer and has been banging them in for fun with his club Bohemians. His...