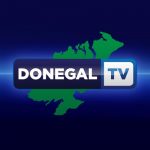 Donegal TV will broadcast a series of weekly programmes next month with a big emphasis on the Gathering.

Every Thursday during April, Donegal TV will be shown at 7 pm on the Sky Showcase Channel (191), Freesat Channel 400 and online at www. donegaltv.ie

The first installment will be aired next Thursday, April 4 and will include a welcome from Donegal Mayor Cllr Frank McBrearty.

Among the many well-known personalities who will feature over the coming month are former Republic of Ireland goalkeeper Packie Bonner and Donegal Manager Jim Mc Guinness.

The concept of developing Donegal TV was driven by Newtowncunningham man Shane Wallace of Wallace Media.