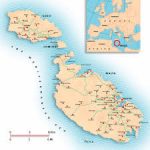 The Donegal South West deputy raised the issue - after one of his constituents showed him a letter he received from the department telling him about a bus driver job in Malta, paying 250 euro per week.

Deputy Doherty has described the move as "outrageous" and has asked the Minister to comment on the matter....