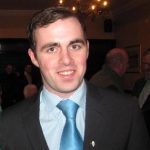 Sinn Fein Cllr Jack Murray says in particular there are waste management problems in the villages of Killea and Bridgend.

And he says if the two Councils work together, then they could find a solution to the sewage problem.

Cllr Jack Murray also says that after speaking to fellow Sinn Fein Cllrs on Derry City Council, he said there is a willingness there to work together....