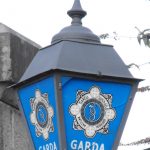 A man has been arrested by Gardai investigating an alleged assault in Falcarragh at the weekend which has left a man in hospital in a critical condition.

The man, in his 20s and from the local area, was arrested this morning and is being held at Glenties Garda Station for questioning - investigations are ongoing.

Patsy McLaughlin, who is in his late 40s was struck once as he stood on Falcaragh's main street at around 12.30am on Monday morning.

He was taken to Letterkenny General Hospital and was then transferred to Beaumont Hospital in Dublin where he remains in a critical condition.

It is understood that he suffered a serious head injury.

Gardai are appealing for anyone who may have any information on the assault to contact them at Falcarragh or Milford garda stations.

One man has been arrested, it is understood that further arrests could be made.