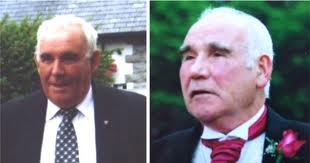 It was confirmed last week that Northern Ireland coroner John Lecky is to write to the PSNI inviting them to investigate the mysterious sinking of a fishing boat which killed 70-year-old Daniel and 68-year-old Francis McDaid.

Their boat sank close to the mouth of Lough Foyle five years - it is suspected that another vessel may have been involved in the incident.

A Maritime Casualty Investigation Board report in the Republic proved inconclusive in April 2011.

Annette McDaid says the family is now frustrated by the decision of the MCIB not to co-operate with authorities in the north and is seeking the assistance of Donegal TDs: