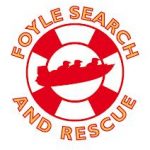 A search is continuing for a second missing person in Derry after the body of a woman was recovered from the River Foyle last evening.

Police, backed by Foyle Search and Rescue and an Irish coastguard helicopter began a missing persons search yesterday morning after personal belongings were found on the Foyle Bridge. They say at that point, their enquiries centred on 21 year old Alexandra O'Brien, had recently travelled to the city from the Republic of Ireland and was last seen at a local hotel.

It's believed the body recovered from the Foyle last evening was hers.

Police believe Ms O'Brien was in the company of a friend, 18 year old Kieran McKeown who is still missing.

He is described as being approximately 5'6" tall, of slim build, with long brown hair covering his face. It is believed he was last seen wearing a dark hooded top and grey tracksuit bottoms.