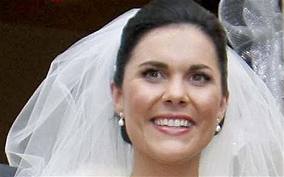 A libel action brought by John McAreavey against the Irish Daily Mail over pictures of his wife has been settled.

The still photographs were taken from CCTV footage presented in court last year, pictures which Belfast High Court has been told were 'potentially misleading'.

27-year-old Michaela Mc Areavy was murdered on her honeymoon in Mauritius in January 2011. Last year,
two men were found not guilty of murdering Mrs McAreavey in her honeymoon suite.

During the trial, still photographs from CCTV camera footage presented at the trial was published by the Irish Daily Mail, interspersed with pictures of the Mc Areaveys.

Belfast High Court was told these were potentially misleading and caused significant distress to Mr McAreavey.

He will receive a five-figure sum in damages.

Speaking afterwards, Mr McAreavey said he was glad the matter had been settled and he was now getting on with seeking justice for his murdered wife.