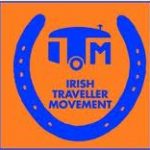 Travellers from across the country will protest outside Leinster House this afternoon in protest at what they say has been a rise in anti-traveller racism.

The Irish Traveller Movement says this noticeable rise includes recent comments by public representatives and members of the judiciary, culminating with the burning of a house allocated to a Traveller family in Ballyshannon.

They say these incidents have resonated strongly with Travellers nationwide, and a letter will be presented to the Taoiseach and the heads of all political parties calling on them to challenge instances of racism perpetrated by party members.