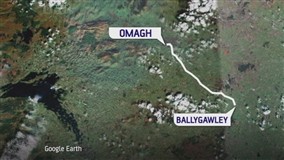 A High Court judge has said he is minded to quash the regional development minister's decision to proceed with the A5 dual carriageway.

Farmers, businessmen and landowners have joined together under the Alternative A5 Alliance grouping in a legal challenge to the planned stretch of dual carriageway between Derry and Aughnacloy.

Mr Justice Stephens rejected the overwhelming majority of the Alternative A5 Alliances grounds of challenge opposing the scheme.

However he upheld one of the grounds of appeal.

That was that appropriate assessment under the Habitats Directive should have been, but had not been, carried out.

On that basis, the judge indicated that he was minded to quash the minister's decision to begin constructing the dual carriageway.

However, he has given the department until Wednesday 20 March to make further submissions on whether they were in breach of the Habitats Directive.