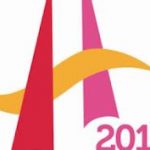 A meeting which was to have briefed business people on the opportunities presented by Derry's UK City of Culture designation has been postponed.

The meeting tomorrow afternoon in the Plaza was organised by Sinn Fein councillors in Buncrana, with representitives from the Culture Company and Derry City Council due to attend.

However, one of the key speakers can not now make it, and the event has been postponed until a later date to be confirmed.