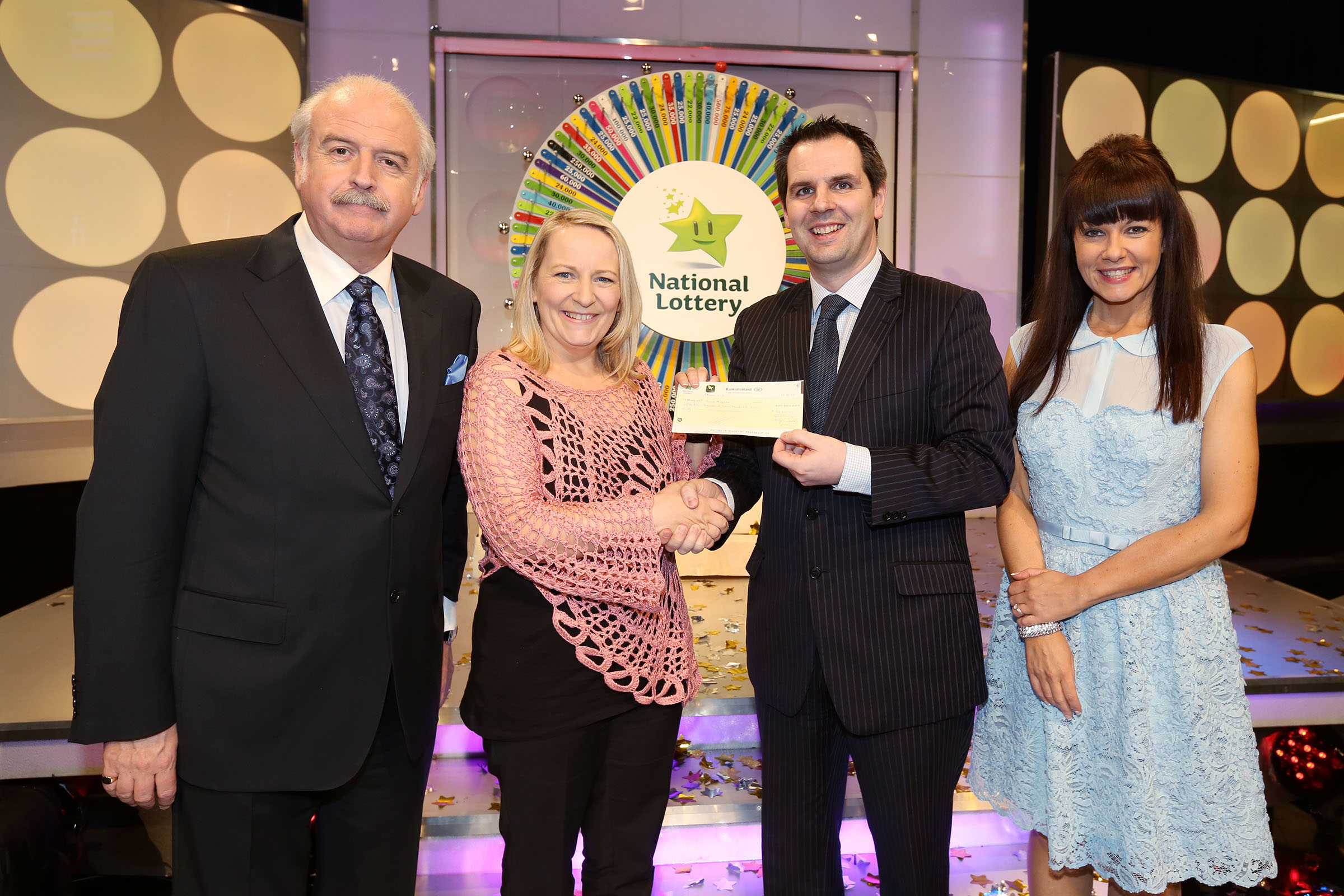 The winning ticket was bought in Castlefin Service Station, Castlefin.

June has been married to Martin for ten years.  They have four children – Dean (8), Lauren (7), Coran (5) and Kayleigh (2).  She is a legal secretary for McGinley & Co. Solicitors in Letterkenny.

Martin gave June a Lotto ticket in her Valentines Card and she won a free Scratch Card on it.

Her parents Anton and Margaret were visiting last Saturday night when all the phones in the Hughes’ household began hopping at the same time.  They were delighted to see Junes’ name on screen at the end of the show.

When she is not at work June likes to catch up on her housework and takes the kids to horse riding, football etc.

June would love to be able to treat herself and her family to a people carrier with her winnings.  It is something that they would all benefit from.

September 17, 2021
Today is a crucial day for Mica campaigners as members of the Defective Blocks Working Group are set to present their final position paper...