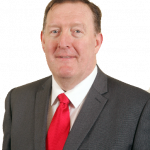 A SDLP Foyle MLA has condemned yesterdays incident, where a viable explosive device was found in the Hollymount Park area of Derry.

The device, which was discoverd shortly after 8am, lead to a number of homes being evacuated while bomb disposal experts examined and removed the object.

Foyle MLA Pat Ramsey has called on anyone with information on the incident to come forward and assist police with their investigation. He stated that it was lucky nobody was injured as the device posed a real threat to residents.